Waiting at Berlin Airport to board my flight to New York City, I think about all the support I received in the last month from my family, friends and other people to make the trip I am about to start possible. To live for 3 month in NYC will mean to experience the process of transforming a mythological city into a real one. 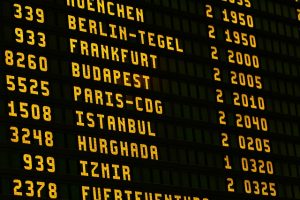 NYC is at the same time known to many people through the popcultural mediation and unknown  due to the lack of real experience. The amazingly under- and overestimation of the influence of the city is probably due to it’s continuous presence as an absent cause. This is true for political and pop-cultural movements (e.g. the civil rights movement, the importance of stonewall-in-riots for the gay and lgtb community) as well as for traditional european and german thought (the importance of NY on the thinking of the Frankfurter School). Since my childhood the city has been connected to my imagination due to the former existence of a transatlantic ferry line between the port city of Bremerhaven. In the next few month I want to give some impressions on the different sides of this city and its cultural and political aspects.

Here I would like to publish photos, city reports and information from my internship in New York.